Enjoy this trip. And it is a trip. It’s been a mad week. Birthday riding, girly stuff, work drinks, more riding, birthday party, and one final Sunday lunch to round it all off.

On Saturday five of the ACG, with no It, ventured out into the cold and windy for a Glastonbury coffee run. The hard men of the ACG were off doing 80 miles or so around the hills of the Quantocks and Exmoor… Much though I’d have loved to join them, brownie points and diplomacy meant that staying somewhat closer to home would be wise. Plus, let’s be honest, and more of this later, I was a bit too scared to join them. Having read GB’s ever erudite report, I’m thinking I made a good call. Perfection is as perfection does, and I don’t think it would have done it for me.

So there was Rob, Grant, Ian, Gary and me. All handicapped in one way or another, be it lack of mileage or injury or whatever. Ah, apart from Rob that is. He was just a machine. It was another day for trying out the summer bike, probably just in the hope it would make me faster. Plus it sure is pwerty :). We went straight there, over a hill, and straight back across the Levels. It was less about the ride, more about the coffee. Because they do do good coffee, and I still love my Orangina chaser. Sometimes history is important. As the residents clearly know. Glastonbury never disappoints, and with streets full of groups of medieval festival attendees, roaming free and dressed accordingly, it once more lived up to expectations. As I went down the stairs to the toilet, I passed a medieval princess.  I thought she looked weird. She no doubt thought I looked weird. It worked on some level. 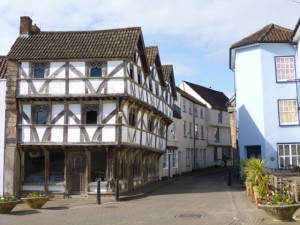 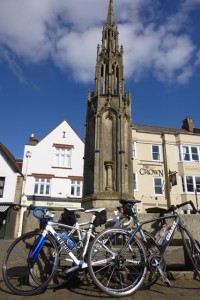 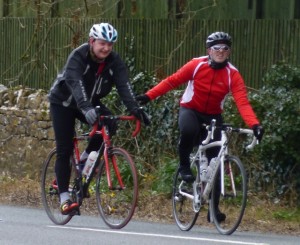 And then I came home, and after some considerable faffing, had a massive (by my standards) birthday party. Brought to you by the letter F. With frock, FM heels, fabulous friends, fizz, the number forty, and…my very own rock band. Well, mine as in they did what I wanted them to, up to and including requests as previously arranged, and also repeats on the day. They rocked. We rocked. My mother may well have thought I was mutton dressed as lamb, but it was my party, so no-one else was impolite enough to say so. Not while I was listening anyway ;). Although I wish I’d had more time to talk to all the lovely people who came, it was, not unlike a wedding reception, exceedingly difficult to talk to everyone. And why talk when you can dance? I’m not the most sociable person in the world (*understatement alert*), and I love, and so miss, dancing… So I did what I was there to do. Me and a little girly posse danced the night away. Hey, it’s my party, and I didn’t feel like crying ;). At some point even Figgy joined us…everyone’s allowed occasional moments of insanity right? ;). I had an totally awesome night, and I walked home some time around midnight, with a hand full of purple helium balloons, still on my feet. A night well spent :D.

So there you go. It’s been a week of not normal. Which, sad though it may be, kinda left me looking forward to getting back on track. It’s the 1st of April, and mama didn’t raise no fools…  Mutton clearly, but not fools. Time to get back to the gym, the training, the riding, the miles. I’ll take the pills when I need to, and if the choice is between pain with wine, and pills without, now that this week is history, the choice will always be pills. Time to get this show back on the road. It’s got to be all about training, eating the best I can, sleeping, and looking after me.  Because I need to do what keeps me sane, and riding the bike is it.

I’ve been letting what’s going on with me knock me down, and I don’t think I’ve been fighting hard enough against it. I’ve been letting it get to me mentally, and it’s been quite some time since I felt much by way of PMA, or seen any signs of mojo. My physical performance hasn’t actually been as bad as I’ve thought or felt it was, but my head has had me in in some funny places. I’m pretty sure my future holds a heap more interesting pills, probably surgery, maybe other stuff…but that’s then and this is now. I know there will still be days when you’ll find me curled up in a dark corner whimpering, mentally and/or physically, but you know what? Not every day. And even then, it’s just pain, right? One day at a time, and every day should stand on its own merits. Time to MTFU and fight back. Remind me I said that…

I have the Joker next weekend. I have been massively fretting about it, but as of today I’m feeling a bit better. It looks like I’ll have company, at least at the beginning and maybe even the end. Even if I do the full route with all the scarey extras, it’s “only” 120km. I just don’t feel ready for 100 miles yet, and was having a huge mental block about that. I also did a better than expected gym session today. So, with all that considered, I feel a little, maybe even a lot, better about it now.

Here’s two things I have learnt this week. 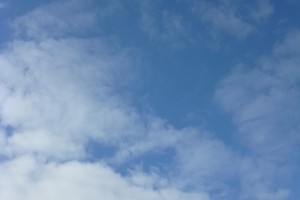