I appear to be behind.  Shock, horror, etcetera, etcetera.  Mind you, isn’t behind where I usually am? 😉

In fact I’m three rides behind again.  It does seem to go in threes like that.  Don’t they say good things come in threes though?  And also to those who wait?  Patience, grasshopper, I’m getting there 😉  So…with no further ado about nothing…here goes.

First off, a recovery coffee run with no coffee, as Alan and I both forgot that Sweets is closed on a Tuesday.  And a Monday, as it happens.  Oops…  Consider yourself forewarned and forearmed, so as not to make the same mistake in your turn 😉 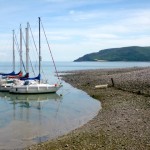 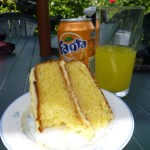 This was followed by a trip to Exmoor to see Gary which miraculously involved very few hills, actual sunshine, compensatory coffee AND cake.  Very nice gluten-free lemon curd cake, in case you’re interested, and ever happen to be passing by Kitnors Tea Room in Bossington, which you shouldn’t, because you should go in – it’s really nice there 🙂

Both rides were very lovely on the company and weather front, but not so on the PMA or form front.  In fact, here’s me 😉  Actually, given the escapee escapades of Gary’s tortoise that day, he was probably faster than me!  Post Dartmoor Classic and a lot of riding of late and…well…who knows whatever else…I guess I was just tired and somewhat under-motivated…?  For whatever reasons, it just wasn’t quite working last week.  The sun was shining, and there wasn’t much wind, so the spirit was more willing than it might have been, but the flesh just seemed to be running on empty 🙁 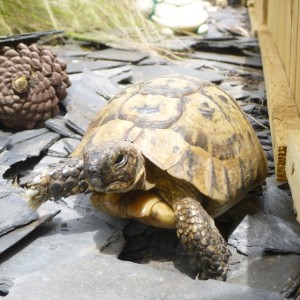 A while back I reached the conclusion that I really needed a break.  So this weekend I went away.  For a weekend away which did not involve a sportive.  Or in fact the bike in any way.  I had a mini-holiday in Bude, Cornwall, with myself.  My bike and I were on a break 😉  And it was totally awesome 😀  Life’s always better at the beach, right?  In addition to whole heaps of wave watching, sunbathing, paddling, reading, relaxing and whatever, it did however involve a fair bit of coastal walking, which my legs are now protesting vigourously.  Well just because it’s a holiday doesn’t mean no exercise – that way madness lies!  Besides, I really enjoyed it 🙂  However, though I may not be able to walk properly right now, it would appear that I can still pedal.  Different muscles I guess.  Which brings us to today’s ride, a Fairyland coffee run with Alan to watch the festival stragglers drifting home, all of whom were looking remarkably clean as it happens.

And I was feeling better out there.  Again with the sunshine, and no wind helping 😉  Maybe the break helped too?  If so, maybe I’ll have to take more of them *grin*.  Sure, I may not have been breaking any records, but it did go better than I’d expected and I actually enjoyed riding the bike, which has to be good for the PMA, right?  Let’s see how the next few rides go…who knows? 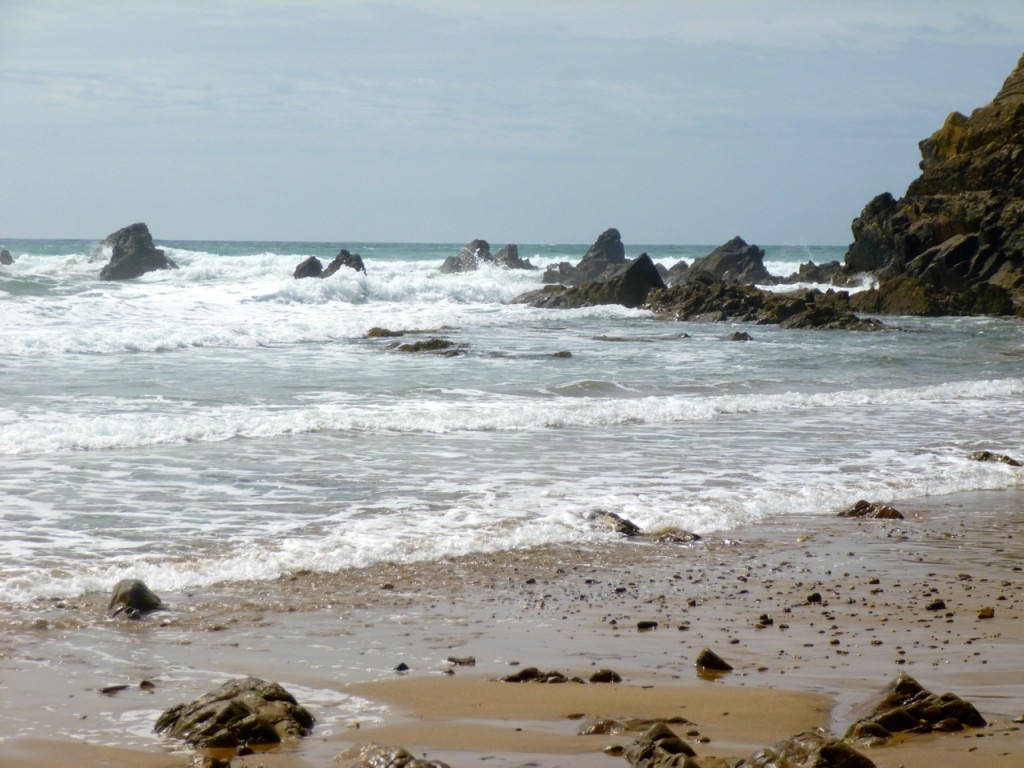 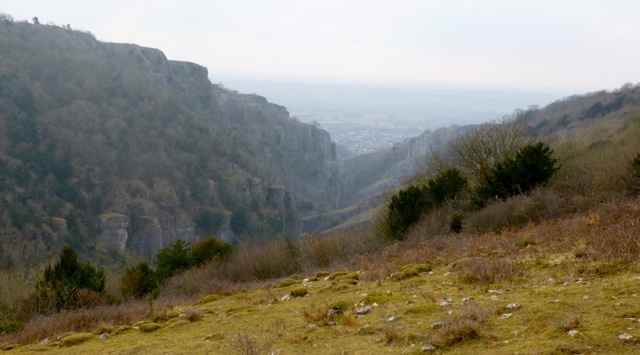 As ever, the way to clear the head, is to be outside. And these days that often involves Shanks Pony, not the usual steed.   Only this time I had company, reluctant or otherwise.  Apparently youngest likes going uphill even less than I do 😉  Having done the Gorge walk on Boxing Day, I knew that it wasn’t actually too strenuous or too long, so I didn’t feel too bad about dragging her along in my wake, whilst eldest led the way in his usual slouchy teenager fashion, complete with hoodie 😉 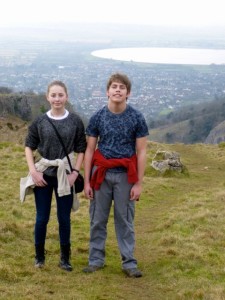 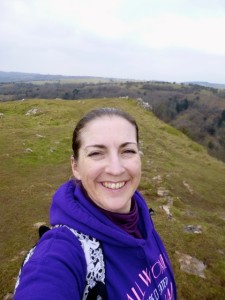 Youngest doesn’t see the point in walking apparently.  You should be walking to get somewhere.  It is a means to an end, not an activity in itself.  To be fair, I used to agree with her, but now I don’t.  But then is there a point to cycling?  Probably not 😉  Walking is just another form of exercise, another way to be out there and not in here.  With views, and weather, and all that lovely perspective-inducing stuff.  And once we’d stopped going uphill, fuelled by sherbet lemons, and Nuun, she begrudgingly almost enjoyed herself.  Maybe.  You gotta love teenagers 😉 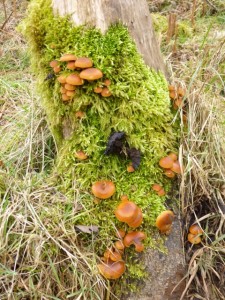 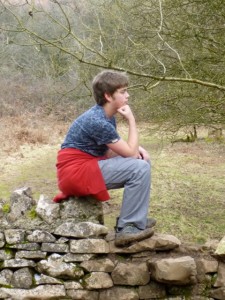 Eldest was doing his impression of The Thinker midway.  Appearances can be deceptive *grin*.  Because if he was really that way inclined, he wouldn’t have decided to run up the next set of steps.  This was especially amusing, as not only did he wipe out halfway up, but he didn’t know there are two sets of them and I do *grin*.  Aw, bless 😉  It was busier out there this time around, so we passed quite a few people en route.  As we passed a couple going down, on those steps up, youngest caused much hilarity by announcing that she’d developed an extreme dislike of stairs *grin*.  Yep, still not loving uphill then 😉 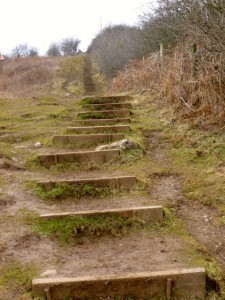 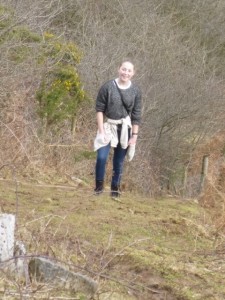 We make a pretty awesome triumvirate.  In fact we rock 😀  OK, so they’re not entirely converted to the whole walking thing, but we used to do it, and we will be doing it again, whether they like it in principle or not.  They enjoyed it in the long run (walk?), which is the important thing.  I like walking, and I like spending time with them.  Result 🙂 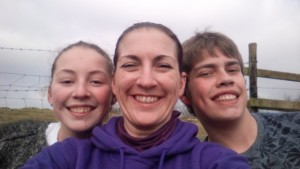 We nearly ended up at Costa to round things off.  But to be honest, I have really good coffee at home, and I’d bought cake earlier.  Besides which, at this point, on a Sunday afternoon, a coffee really wasn’t going to cut it.  So we popped into the Riverside Inn instead 🙂 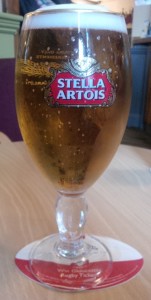 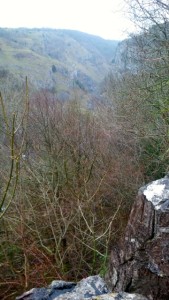 One of my plans this week was to go for a walk today.  Map found.  Route planned.  Advice taken.  Etc.  But given the weather today, and the fact that no-one really gives a monkeys whether I do what I say I’m going to do or not, I could just have sat on the sofa with a good book and some very good coffee.  But I didn’t.  Because I’d made a plan.  I’d said I was going to do something.  So what if I didn’t do it?  Was the sky going to cave in?  It seems unlikely.  But I still had to do it.  It’s just the way it is, even if I don’t understand it 🙂 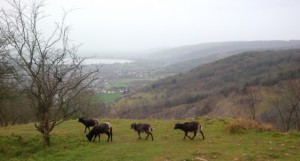 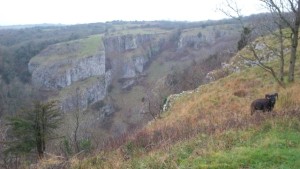 And let’s face it, just as with cycling, when it comes to going walking I now have the right kit.  Well, some anyway.  I have layers (surprise, surprise).  Some of which are also waterproof.  Which is quite important when the weather is producing that insidious drizzle that isn’t quite rain but is still quite wet enough and somehow gets everywhere.  And underfoot the rocks are all shiny and the mud is copious and claggy and/or slippery.  But it doesn’t matter because you’re warm and dry (ish – thanks to the inside-out sweat factor) and, thanks to that precipitation, you pretty much get the place to yourself; a silver lining to the clouds above 🙂  Which is good when you’re either grinning like a maniac, occasionally singing along to your tunes, and possibly even dancing your way along, from time to time *grin*.  What can I say, I enjoyed it 🙂 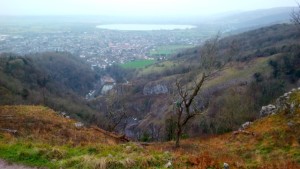 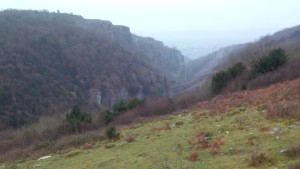