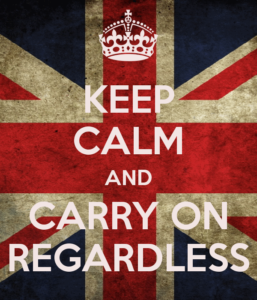 For all that I’m not well, I tend not to think of myself as ill.  As an invalid.  It is what it is, and you just get on with playing the hand that life has dealt you.  It’s only pain, right?  So I get on with it.  We all have sh*t to deal with.  But then again, if I don’t take it into account, if I ignore it too much, then ignoring it bites me on the ass, and ignoring it ceases to be an option.  Since I’m currently sitting here with a patch on my arm, the latest dose of tramadol taken two hours ago and not doing the trick, and having resorted to my first ever dose of oramorph which is now working its way into my system to deal with what is blandly referred to as breakthrough pain…I guess I should probably own up to not being 100% healthy though?

Before you get more bored than usual, and wonder what this has to do with anything, you’ll be pleased to hear that this does actually relate to cycling.  After deciding to let the Christmas period happen without stressing too much about lack of riding or workouts, it is/was time to try and get back to it.  You don’t get around the Maratona without some training, right?  And yes, I’m doing that again, with Steve and Mike.  Furthermore Mike and I would like to try and throw in the Stelvio while we’re out there.  It’s just possible that not only is my health is questionable, but that my sanity is too! *grin*. 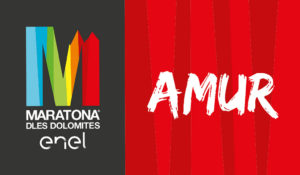 So Christmas has now passed.  And I’d been having a pretty good patch, by my standards.  I’d had a week or thereabouts of being pretty just on the patches.  Which for me is unusual.  So I’d done a couple of home spin bike workouts.  And, although I’d had the odd twinge and was starting to think that maybe…on Sunday Alan and I went for what was for me the first ride of 2017.

It worked out ok as it happens.  He was doing some 60+ mile route, including me in the middle, and also hopefully coffee if I was up for stopping.  Our 30ish mile mid section ended up being a little longer, which is what happens when you leave your wingman behind and don’t make proper arrangements as to how to meet up again…but that’s by the by.  We decided not to have a coffee stop as my time was tight, and I was feeling ok out there and stopping also means getting cold and then having to start again.  However I started to flag a bit around an hour and a half in, and as I didn’t want to push it on my first ride back, and what with that thing I said about ignoring stuff earlier and trying to listen to my body more these days, I decided it was wiser to call it quits and to come back via a somewhat more direct route on my own.  So I left Alan, conveniently just before Sweets, to carry on his way, able to do his own speed and also to have the coffee that he’d really wanted all along.  Meanwhile I rode home at my own speed, riding within myself, glad there weren’t any hills between me and home, and generally just getting the miles necessary to get there done.  It all kind of worked out for everyone I think 🙂

But yes, as those pre-ride twinges suggested, my good patch was due to wear off.  It’s a cyclical thing, so I was pretty much expecting it.  So the fact that this bad patch proper kicked off after cycling is possibly purely coincidental.  However there are a couple of things that are guaranteed to make it worse, and sadly cycling is one of them.  So maybe Gibbs is right and there’s no such thing as coincidence.

Anyway…  Lots of people are talking about their cycling goals for next year.  Mileage to be done, metres to climb, epic events, targets to reach, etc, etc…  And yes, I guess I so have one, in that quite clearly I’m doing the Maratona again.  I’d like to do the full route, again.  Faster than last time would be nice, but really…let’s be realistic here…   Generally I’d like to do “better” this year than last year.  Bail a little less, ride a lot more.  And I am going to have to do a fair bit of training somehow or none of that is going to be happening.  But as goals go…?  I think the best I can really do is to resolve to ride the bike when I can, hopefully with friends, accept that I can’t when I can’t, and admit that maybe I am a teensy bit of an invalid…  Woman, know your limits!  Maybe if I take it easy, listen to myself, train carefully, and with the support of Matt and my very lovely friends, I can learn to fly again 🙂 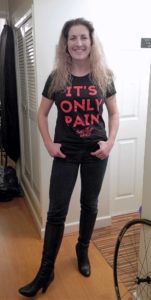