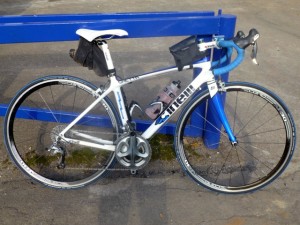 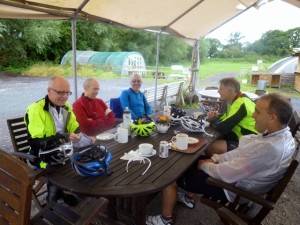 Sure, when you’re riding with a mate, or mates, it’s easier.  There’s conscience, company, and frequently coffee.  All good.

But when it’s just you?  Or in this case just me?  Well not having been out this week, my conscience was gnawing away at me.  The weather seemed like it might be tolerable.  Two out of three ain’t bad, right?  But I was having trouble remembering why I should be doing it.  Another couple of hours cycling around familiar and thus contemptible local roads on my own?  Hm…

So, since I have otherwise had a very constructive week and still had some things to do, I decided I would make my ride about getting some of those done, and make up my route around that and as I went along.  An ride that would be both errant and run errands.  Or ride errands 😉

Job one: put on my new socks because I wanted to test them out on route. 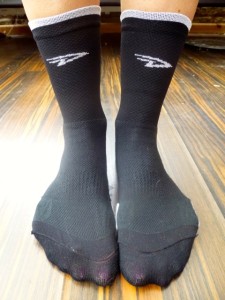 Job two: post a rented DVD back to Lovefilm. 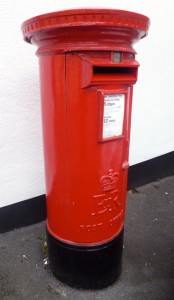 Job three: ride to George’s and drop off a bag of spare kit for her. Which involved the novelty of riding with a pack on my back, and the discomfort and extra heat that went along with that.  Ick.  Hence that being the first stop en route. 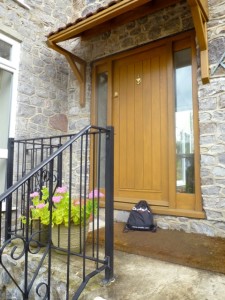 Job four: get some less familiar miles in.  Meander, wiggle, roam, take roads at a whim, and then join up the dots.

Job five: pop into Cheddar Cyclestore and buy new cleats for my winter shoes.  I discovered earlier this week that I had clearly harvested those that they originally had at some point earlier this year, and forgotten about it.  I don’t half get through cleats! 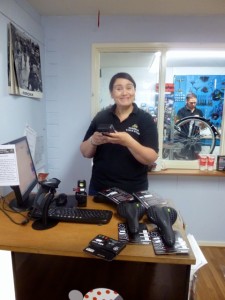