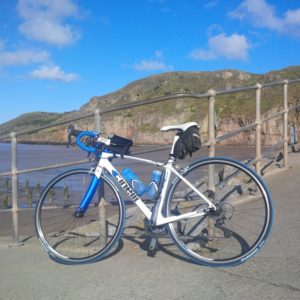 Sometime between 2:00am on Tuesday morning and 8:30am – unless it was the large noise I heard during the evening and presumed was Cassie the cat causing chaos as customary – someone broke into our locked garage, and stole two bikes.  My Cinelli.  My “new” bike (in that it’s newer than t’other one, I’d still had it for a few years), my “summer” bike (old one got relegated to winter, new one saved, mostly, for summer), my bestest bike which I loved to bits.  They also stole my partner Matt’s new Mekk bike which he’d had all of two weeks and ridden once and which lived here, which I feel really bad about and oddly responsible for 🙁 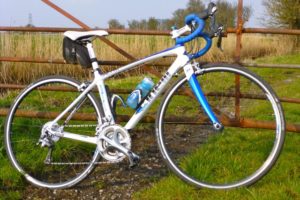 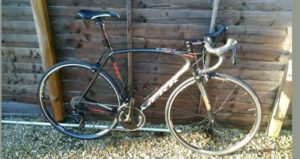 So the “thieves” (there are so many other words I’d like to use here) broke into our locked garage.  It’s still not clear how they managed to break in – maybe they used the hockey stick they brought and left behind, maybe they didn’t – but how they did it is academic now.  Clearly they got in.  And being in my garage is like being in my house, since there’s an interconnecting door between the two which wasn’t locked.  Luckily they didn’t come through…but it’s just scarey, and creepy, knowing that they could have done.  While Tash and I were asleep upstairs.  *shudder*.  They just came into the garage, and they just took our two carbon bikes.  They didn’t take anything else.  Nothing.  None of the other bikes.  None of my power tools.  Nothing.  Just our beautiful steeds.  Which makes one tend towards the conclusion that my house was deliberately targeted, which is enough to make your skin scrawl…

Setting out on the school run, discovering the garage door open, and then the bikes missing, was not nice.  Quite a shock.  Literally.  The whole stunned, shaky, crying, thing.  It took a little longer to hit Tash, but it still did.  Not nice all round… 🙁  Once we’d calmed down sufficiently I made the inevitable round of phone calls. The police came, and were friendly and compassionate and helpful, and did their best but…  No witnesses.  No forensics on the abandoned hockey stick that “they” left behind.  (On the upside the CSI guy was lovely, and when she expressed an interest, took Tash’s fingerprints for her, and she now has the world’s coolest bookmark).  There’s nothing the police can do really, other than keep a look out for it if they recover any bikes.  Then the insurance company’s garage people came out and made the house secure again, and after a survey tomorrow, a new lock is probably in the works.  Being boring and sensible as I tend to be, it looks like the bikes and garage door were probably all variously insured.  There will be the usual hoops to jump through, there are a great many forms to fill in, we probably won’t get what feels like enough money, and I won’t believe that that part of it is sorted until there is actually money in the bank.  But if you look at it like that, no-one was hurt, and with any luck there will be replacement bikes, and hey, never mind, sh*t happens, ho hum.

But it doesn’t feel very ho hum.  It feels weird.  Matt came down on a flying visit last night to be with us, and look after me, and one of the bikes was his after all.  He’s sad too.  And angry.  And all those things.  It’s a really good thing he did, because I was pretty shaky when I didn’t have work to distract me, and because reactions are a funny thing.  For example I had to resort to drinking too much white wine last night to make me go to sleep.  I didn’t expect that, but I guess your brain works in weird ways.  Emotional vs intellectual.  I felt this serious need to stay awake all night.  I think it’s because this house is my place that I fought hard to keep.  It’s mine.  It’s home to me and mine.   My Englishwoman’s castle.  It’s my safe place that now doesn’t feel safe.  In an odd way it felt like I needed to stay awake because while I was awake we were still safe, and going to sleep might mean bad things happening again, and what might happen next?  Intellectually I knew/know the house is secure, so it’s ridiculous.  But then I thought it was secure before so…is it? 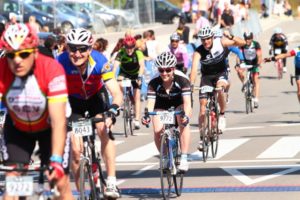 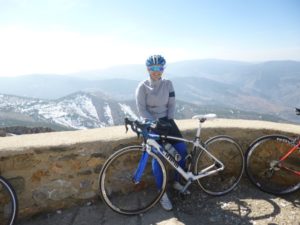 So there’s that.  Which ain’t great as things go.  And then there’s the sadness.  They stole my beautiful bike.  I loved that bike.  I don’t really want another bike.  I never have.  Sure, it was getting older, and needed things replaced, and was usually covered in mud, but it was still all the bike I ever wanted.  I’ve never wanted to replace it.  It was built to fit me, light and agile, cornered like a dream, and we’ve done a great many mostly happy miles together, in some amazing places.  Yes, it’s just a bike.  But it was my bike, and I was/am pretty attached to it.  I’m really really upset about it, when I’m stupid enough to let myself think about it.  Totally gutted.  It may be daft to cry about a bike…but hey, we all know I’m daft.

But it’s done now.  I’ve put our sad stolen bike story everywhere.  It’s on my Facebook – thanks for all kind comments and the shares everyone.  It’s on my Twitter – thanks for all the retweets, especially to Matt Stephens and Cyclosport – the news is spreading and I’ve now been retweeted 48 times!  And now, predictably, it’s on here.  I really don’t expect to ever see either of our bikes again but if there’s even a slim chance…the more people that know about it the better.  So if you happen to be offered a cheap bike for sale in the pub, see a bike lurking in a rhyn somewhere, visit a local car boot sale…and come across one of ours, please do let me know.  This weekend, though the horses may have bolted, we’re going to be locking the stable door (and overusing an idiom) – by putting every security precaution, reinforcement, lock and alarm on my house and garage that we can.  I’m not having this happen again.  In the meantime, I need a glass of white wine, and a decent night’s sleep (fat chance!).  My poor bike 🙁 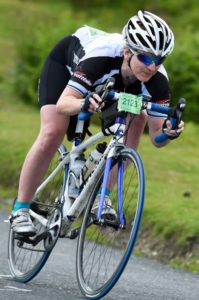 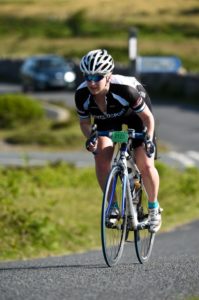