When the alarm goes off at 4:10am on a Sunday morning, it’s a pretty safe bet that it’s a sportive day, and today was no exception.  In fact today’s Wiggle Devil’s Punch Bowl Sportive was probably the last of this year’s season too (*sob*).  Having pretty much gotten the hang of getting myself ready and out of the door by now, I was on the road a bit before 5:00am.  2 1/2 hours, one sunrise, two owls, one fox, several bats and one badger later, with a quick stop in West Meon to eat my muesli, and I was at the Hollycombe Working Steam Museum, from whence the event started.  Amusingly entrance was being intermittently blocked by randomly wandering peacocks, which is hard to beat for sheer novelty – you don’t get a lot of peacocks at sportives!

The steady stream of arriving cars parked up on the grass, discharging cyclists from nice warm cars into very cold early morning air.  Air that was being moved around quite a bit by a very wintry wind.  Nice.  However after registering and hiding in the back of my car a bit I acclimatised a bit.  Besides, I had one set of kit options and one only and I was wearing them.  Well, it saves on faffing right? 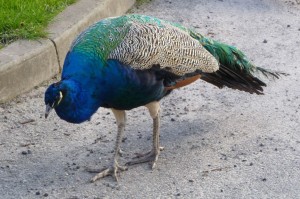 Look - there really were peacocks! 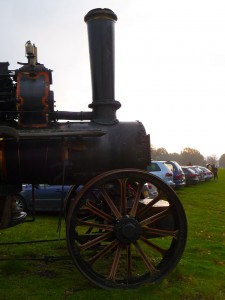 Traction engine marks the start of the car park

After a quick briefing, including a warning about leaves on the line (sorry, road), we were away a little after 8:00am.  And man, was it ever nippy for the first few miles until we’d warmed up!  Even after that it was never precisely balmy.  Did I forget to mention we were a we?  My L2P friend Kevin, living considerably nearer to the venue than I, came along for the ride ;).  Anyway my kit choice turned out to have been correct – all bar the lack of overshoes, which is hardly my fault since I’ve ordered some but they’re not here yet.  I can’t wear what I don’t have, now can I?  Sadly this did mean my feet and I parted company at some point and weren’t happily reunited until quite some time after the end of the ride.  However I don’t need to be able to feel my toes to pedal, so it’s not as bad as it sounds.  It may have been chilly but it was dry, and fairly bright, which considering that it’s now November, is pretty darned good I’ll have you know, and way more than you can count on, so I don’t want to sound ungrateful :).

It was an uneventful ride.  Lots of rolling up and down.  Not massive amounts of climbing but plenty enough for my third day in a row of riding, and there were some very lovely descents too – albeit approached carefully as advised and warned by the ample “caution” signs.  There were plenty of autumnal colours going on.  Pretty property.  Pretty impressive property.  BMW owners very keen to reinforce all the stereotypical views of BMW drivers (job done!).  The closest encounters of a dangerous kind were with a flash burgundy Porsche (now there’s a surprise), and a cream Smart Car.  However the Smart Car’s turbulence made all the yellow leaves on the road dance and swirl around in a most attractive fashion so I’m half inclined to let him off ;). 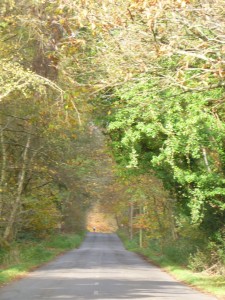 Isn't it pretty? Spot the rider in the distance? 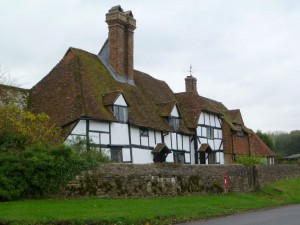 I bet this place calls itself a cottage... 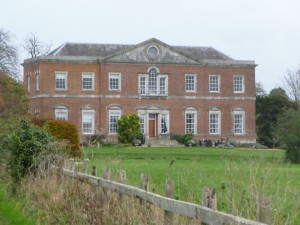 Several things made me smile today.  Want to see? 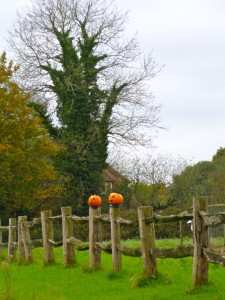 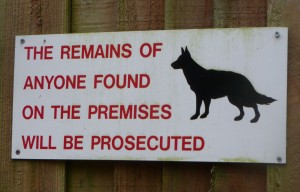 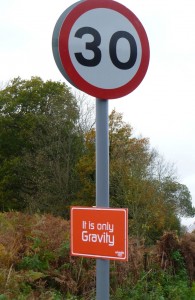 Towards the end of the ride the sun came out, and we picked up a couple of hangers on, after overtaking one of them at speed downhill.  Apparently this isn’t good for the fragile male ego so they felt the need catch up, overtake, and then drop back and tailgate us.  Which is all very well if you’re going to take your turn at the front but if you’re not…shame on you!  *tut tut*.  On one of my turns at the front we hit a stretch of up at speed, which made my knees ache and my quads burn, which I’m guessing is a lactic acid thing.  That’s the second time that’s happened lately – and it’s new to me.  The novelty is wearing off very quickly!  Towards the end of the route there were a couple of final kicker hills and I slipped back since I didn’t see why we should dragging our parasites all the way to the end.  After those, the last climb up the drive to the end demonstrated that there was absolutely nothing left in my legs.  Zero, zilch, zip.  Nada.  Just as well I didn’t need them anymore really *grin*.  Kevin had crossed the line a little ahead of me, and we grabbed our goodie bags and sat in the sun on a bench until I’d recovered my equilibrium sufficiently to go back to the car and get back into civvies.  Final ride of the season – done!  Never say never though ;).

Gold standard was 4:35.  Will we have made it?  Well we didn’t stop at the food stops, but we did stop and take photos, and we obeyed traffic lights like the good little cyclists we are.  I pushed for some, but not all, of the time.  You know how it is, enjoy the bits you can to make up for the bits you can’t!  So I guess we’ll see when the results are published tomorrow…ooh, the suspense!  *grin*.  It was a really well run event, and we had a lovely morning’s ride.  What more can you ask for? 🙂 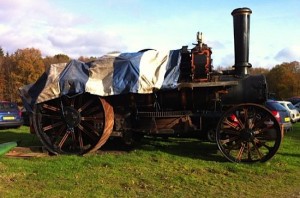 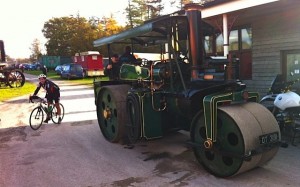 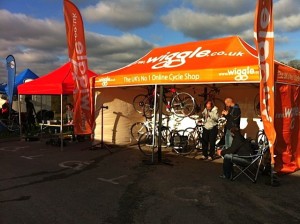 The Wiggle tent in the sunshine