I don’t often get out with the ACG these days due to the number of sportives I’m doing.  This weekend I actually had a weekend “off” and the ACG had a ride, and two plus two equals four.  Turns out I wasn’t the only one around.  Dave M was route creator, having been asked not to make it 100% hilly.  We were joined by Gary, Paul, Jon, Jeannie and Martyn.  Six plus one equals seven then.

At some point does realism become pessimism?  Is being realistic actually being defeatist, and at some point is is actually self creating and perpetuating?  I got told off for being realist the other day, I was trying to explain to someone that I just ride my bike a lot, I’m never going to win medals, and that I’m happy to accept that and get on with enjoying what I can do.  That this was not false modesty or being humble, it’s just the way it is.  What would be the point of aiming for something I’d never achieve?  Maybe if I’d discovered cycling twenty years earlier…  Let’s face it, at the moment, it’s a miracle I’m riding the bike full stop, which was part of the point I was trying to make.

It’s fair to say I’m in the middle of a bad pain patch…and the last thing my seriously dented if not totally lacking PMA needed was to be constantly dropped by the ACG, which was, inevitably, what happened.  It’s not their fault though, it’s not like they do it on purpose.  Especially when it’s really just because they are much better than I am.  I may have felt awful, and whimpered my way up most of the Gorge, but actually, according to Strava I made it up there with one of my best times, so it wasn’t so much that I’m not very good, I’m just not very good by comparison – they’re all pretty impressive!  One day, possibly soon, it seems likely that the pain will actually stop me riding.  I don’t think saying that is wrong, or going to make it happen, it’s just realistic.  This was not that day.  In the meantime I have to do what I can do, while I can, and make the most of it, even if it hurts. 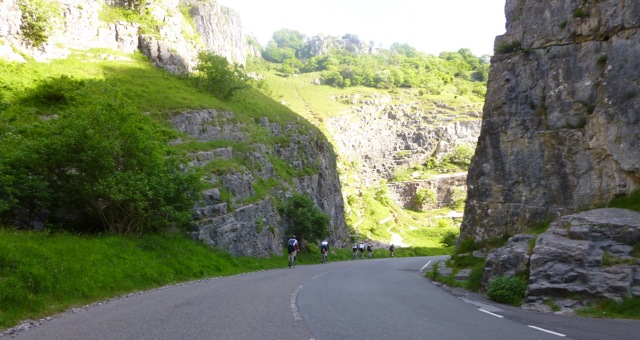 So I made it up the Gorge, to meet the others waiting for me.  I made it up the killer steep wall after Butcombe Church without walking.  I made it up everything.  The whole route was a bit lumpy, though Dave had spared us somewhat compared to his usual, as promised.  There was also a nasty headwind.  But the weather was sunny and everything was gorgeous and better out than in.  So I didn’t apologise or explain, I caught up when I could, and sometimes they noticed I was missing and waited for me.  I could have used a coffee stop earlier in the ride – we didn’t make it to the Rock Cafe Café until 2 hours in…but I didn’t throw my toys out of the cot and head for home, though I was sorely tempted to.  And I’m glad I didn’t, as sitting in the sun kicking back was very pleasant, and the coffee was just what I needed, even if it wasn’t actually very nice.

Unlike the outward leg, the way back was 50 minutes of fast, flat or down, with a tail wind and that’s where I come into my own.  That I can do.  And I did.  Doing what I can to make up for what I can’t.  I kicked ar*e, and I refused to be dropped *grin*.  In fact sometimes I even led.  It was practically a race, all the way to Priddy, across to the Gorge, down said Gorge, and then the final sprint for home, where I got the jump on ’em and left them for dust….juvenile but satisfying ;). 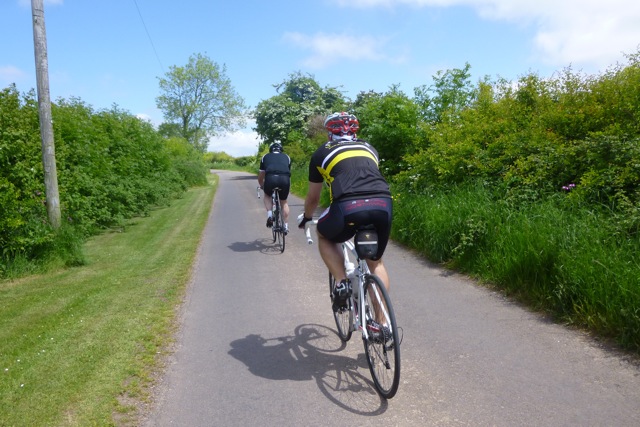 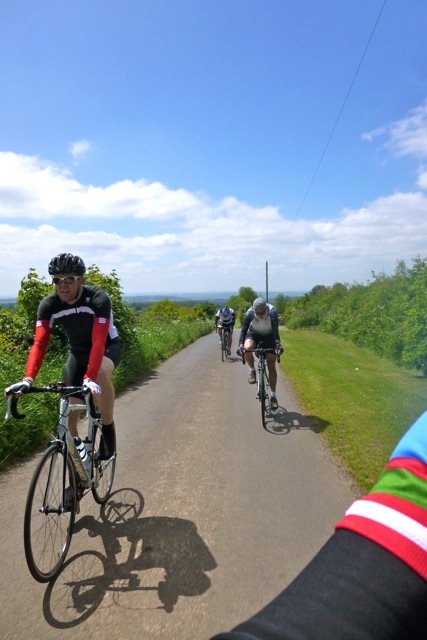 When Paul finally caught me up, on the way back into town, he called me “super speed”.  Coming from him, that’s quite a compliment.  Thank you :D.

One thought on “Terrified of her own insides”