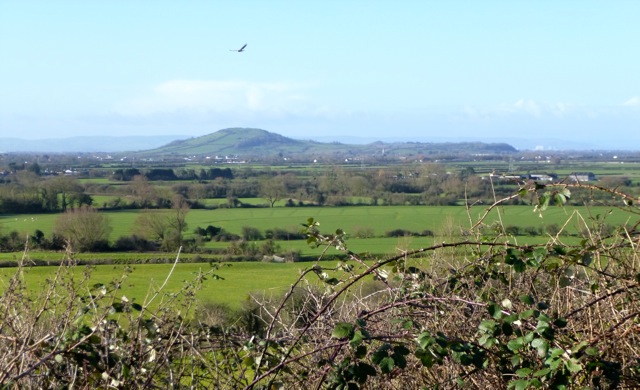 There’s a contingent of folk out there who think I’ll never learn.  And they’re quite probably right.  But when the sun is shining, the air is clear, and there’s company to cycle with…well, the fact that it’s the third time in a week that included two less than successful wattbike sessions, and only 5 weeks since surgery, seems to fly out of the window.  Cyclists; mental right? ;).

So Mim and I did a couple of easy hours around the Levels.  My muscles are fine, but the power behind them, not so much so.  Let’s just take it easy and spin round, said the lady due to be racing tomorrow.  As if I had a choice!  But even so, how could it not be nice to be out there?  I mean, just look at it!  OK, so we could both have lived without the rather chilly and rather irritating wind, but I don’t think anything could have slowed me down any further, and besides, it was nice when it was behind us on the way back :D. 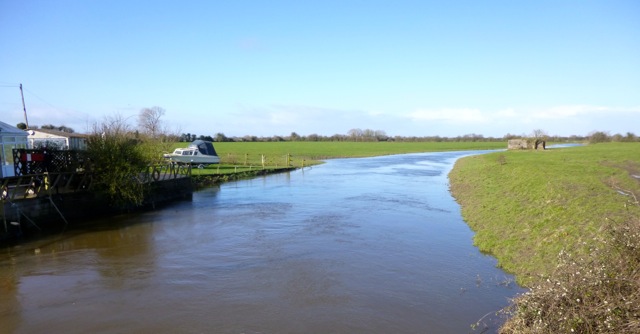 We played with an escapee bullock, tried to inform its intellectually challenged owner, speculated over the fish out of water (see above), and put the world to rights whilst scheduling a previously unplanned coffee stop at Sweets.  Without which I’m not sure I’d have made it home.  It wasn’t the nicest coffee in the world, but it was up there amongst the most essential I’ve ever imbibed! 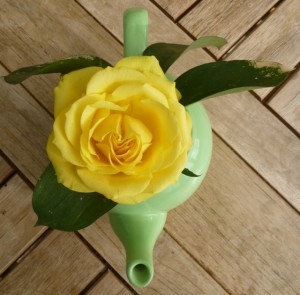 It wasn’t all that warm in there, even with all the gassing we were doing, so we didn’t hang around too long being as capable of chatting on the bikes as on chairs.  Straight home over Mudgeley Hill, which seemed to have assumed Galibier-like proportions… 😉  But I still wasn’t complaining, just letting the wheels go ’round while the sun just kept on shining :).

I parted company with Mim in Cheddar and made my way even more slowly home up the Cheddar Road, sadly once more noting the demise of my favourite manhole cover near the petrol station.  I’m sure that replacing the hexagonal one made perfect sense, but I shall still mourn its passing… 🙁

By the time I got home I was totally wasted.  In fact I was so knackered that even after a shower, a cup of tea, and some food, I was an hour late for work because I couldn’t get off the sofa.  Oops :/.  Since I hope to ride with the ACG on Sunday, I am declaring tomorrow a rest day.  I am still flying the flag though…just 😉 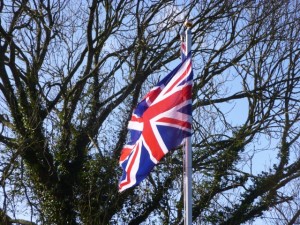